Home » Destinations » Chicago in the Springtime

Most people tend to think of slushy winter snowfall and salty roads when they think of Chicago weather. When they think of the city, they think “Windy City,” which it is called—though for its politics and not for the wind itself. They think of the skyscrapers, and perhaps they can imagine something about the lake. But probably the best and most neglected season find yourself into a Chicago hotel is spring. Just be sure to always book a hostel in Chicago with HostelBookers well in advance if you want to get the best of the weather and have more choice. 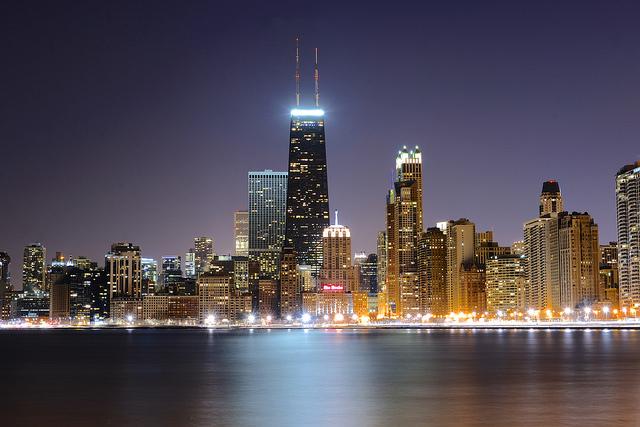 Imagine emerging from 6 months of winter, Chicago winter, which means lots of traffic, biting cold (especially at the intersections downtown) and a lot of crazy people shouting at football players outside at Soldier Field. Imagine waking to a clear sky that has finally had an effect on the slush, which overnight had melted off and drained out into Lake Michigan. The snow dunes at the shore are dwindling, the trees are trickling, and suddenly you’re able to walk outside with a T-shirt on. It’s spring in Chicago, and it comes with a great host of colors.

Chicago’s springtime sees a much exaggerated blooming, since its winter is so long; it feels like a great relief. It’s a big city, but the parks—Millennium, Grant, among others—come to life with iridescent greens and the powdery white of tree flowers that bloom, fall, and grace the sidewalks in the kind of sight that makes you feel weightless. The fountain in Grant Park is turned on once the last frost is sucked away, and street vendors start to populate the area. Chicago-style pizza is one thing, but the hot dog is something else entirely. 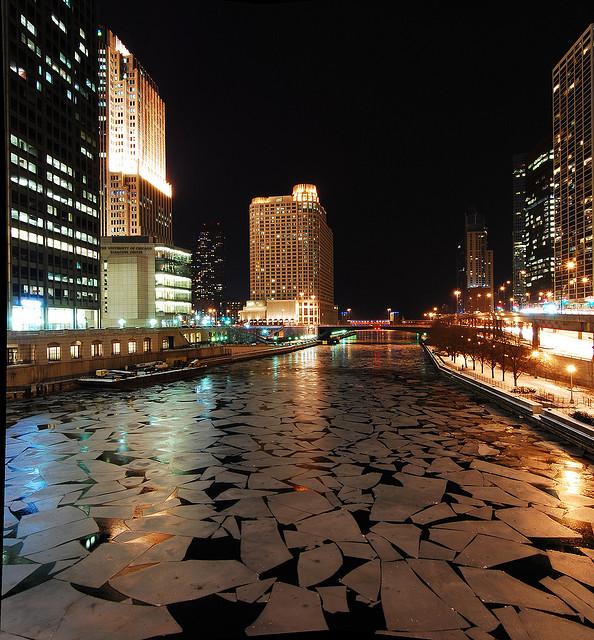 Spring will eventually turn to summer, but if you’re not familiar with Chicago summers, then you should try to picture the opposite of its winter. It gets very hot, and very sticky. So spring in the city is, you might say, the opportune time to see the outdoor sights. There’s no better time to go to places like Wrigley Field to catch a Cubs’ game, or to U.S. Cellular field if the White Sox sound like a better name for a team. In the spring you also have Millennium Park’s performance line-up starting to grow, and a picnic under the aluminum web is a treat.

The lake will have thawed by the beginning of spring, and you can take a lunchtime cruise into the water aboard Chicago’s beloved tall ship. Or rent a sailboat yourself and sail through the harbor and behind the breakwaters—a truly unique way to glimpse the city skyline.

You’ll want to remember to spend at least one afternoon, when dusk is starting to settle in, to see the buildings from a good vantage point. The best would be to take a stroll out to the Adler Planetarium, because from there, when the sun sinks behind the buildings, sometimes there’s a crown of light through their bulks that makes for a great photo. 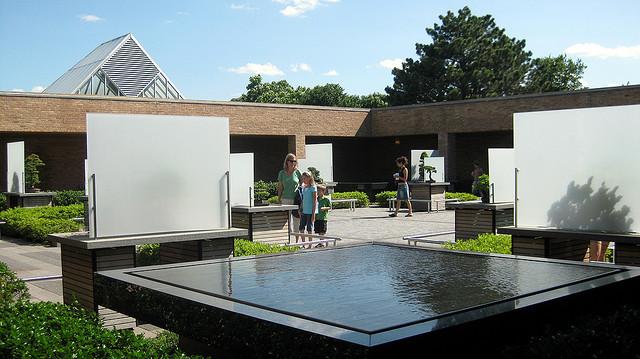 The Chicago Botanical Gardens are located well outside the city proper, but they are worth a visit. You can find them along i94 north of the city. In the spring you can expect plenty of events to be taking place there, so it might behoove you to make a visit coincide with a presentation, talk or concert. If you have more tips on things to do in Chicago add them to the United Sharing Adventure map here.

Of course, we don’t mean to make Chicago’s other seasons sound derelict. Summer is for the mega concerts and the Taste of Chicago, winter is for outdoor ice rinks and snowmen, and autumn is, like spring, for the beauty of the neighborhoods.